Kemijoki Oy has a 65-year experience in the building, use, maintenance and capacity increases of hydropower plants. We own 20 hydropower plants in total, 16 of which are located at the Kemijoki watercourse area. In addition, we also have two power plants at River Lieksanjoki and two at River Kymijoki. We also regulate the storage reservoirs in Lokka and Porttipahta as well as Lake Kemijärvi and Lake Olkkajärvi.

In 2019, we produced a total of 4,498 GWh of electricity. The total output of our power plants is over 1,100 MW. The river’s natural conditions during different seasons of the year are the most important factor affecting the planning of hydropower production. In addition to the natural conditions, the planning involves taking account of the consumption of energy and the many users of the river, for example bobbers, fishermen and boaters.

In recent years, we have invested in increases of the hydropower plants’ capacity. The capacity increases improve the efficiency and permeability of the turbines, which also increases the maximum power. As a result of the increased efficiency, more energy can be produced from the same amount of water outside flood season. Increased permeability results in more energy during flood seasons, and the need for diversion is reduced. In addition, oil will be replaced with water as a lubricant for the runner hubs of the turbines, reducing the risk of oil spills significantly. 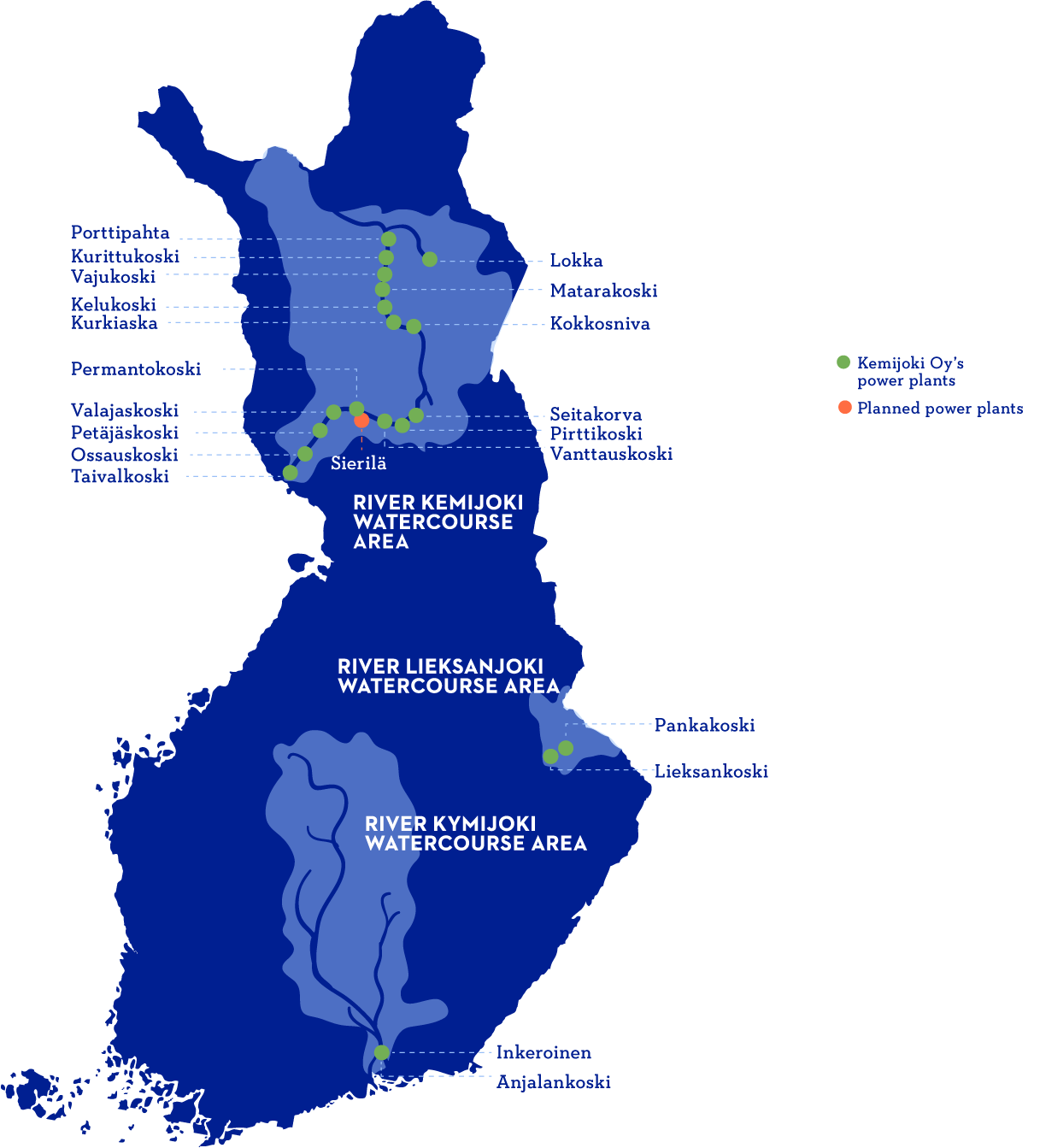